First rows are for tower type shields and after that smaller with not same scale as tower ones so no panic please. Cheers.

While I really like 90% of the silhouettes, Isn't there an orcish shield in the making already?

All the shields have numbers actually. They are just hard to see

Bigjon - they are numbered, but the numbers are really hard to see, since they're white against a very light grey. I'd be opting for variant 6 for both small and tower shield ;)

https://tesrenewal.com/forums/concept-art/armor-concept-orci...  - Hasn't this already been done?

https://tesrenewal.com/forums/concept-art/armor-concept-orci...  - Hasn't this already been done?

I quite like the simplicity of 4. It's a nice, clean design that doesn't look like it would get snagged on anything or get too much in the way of the user.  Also, I'm glad people pointed out that there were numbers, I would have totally never seen them otherwise :)

This is a nice batch indeed, but 8 from the top and 5 at the bottom are the best ones, imo.

Already told you most of these are really great.

My favorites are 9 and 6s

Of the tower shields I like no 7 best. It looks kinda tribal without being too overdecorated with spikes and stuff. Also it still looks handy.

Of the round shields I like no 11 best. For the same reasons.

if my memory serves me, there were two orkish armor sets, one ornate and one simple. is this for the ornate or the simple armor?

Hey, fantastic shapes, they are all very interesting, hard to choose.

For tower I would prefer 1, it´s kinda simple but also very unique. Fits perfect for edged orc style I think.

For normal shield I like 2s, it has this animal shape, which will stand it out against all other shields, giving a mindable, even iconic shape for the shield. Second choice would be 9s, also fitting for the rest of armor and more tribal.

I like 3 for small and 20 for large. They both share the same heavily layered design flavor as the orcish shield from Skyrim, but are still uniquely shaped.

Everyone got distracted by Discord and forgot to comment on here :(

I like 3 for small and 20 for large. They both share the same heavily layered design flavor as the orcish shield from Skyrim, but are still uniquely shaped.

I agree there, those two look good.

They're ornate enough and match the style of the Armor.

oooh, those are great!

absolutely gorgeous....bringin a lil tear to my eye

I love the way they turned out, fitting with shapes and colour, except one thing - the grip. Could you make it more like a real shield, with the hand actually going inside the shield boss (that's its purpose after all), instead of being gripped like a reverse trash can cover? I don't like the idea of the small shield being conical at the front and having a flat back of planks. It makes it really chubby looking, and will seem heavy and unwieldy to a point of sillyness in the game. 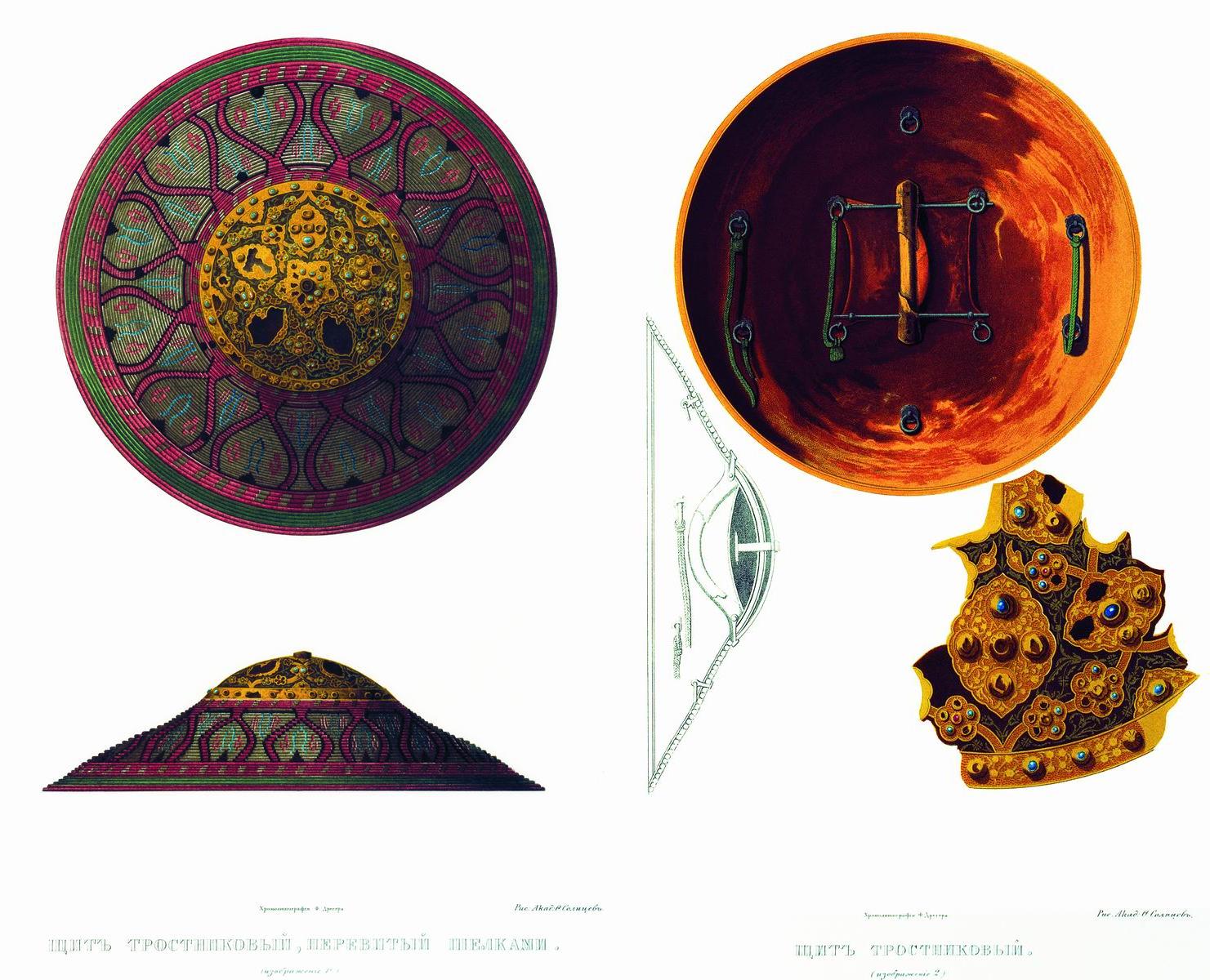 Thanks! Now it is perfect ;)