This is an alpha version of Ranked Dremora, that has been ported to Morroblivion using Modexporter

It is only male version
No unique armor for Dremora Valkynaz and Dremora Markynaz and   no unique hair for any Dremora, also no unique robe for Dremora Kynreeve.

Morrowind_Compatibility_Layer.esp" conflicts with Morroblivion map mods because of edits to the Morrowind worldspace so it needs to be loaded before the map mod. Thanks Bullfrog for explanation here - https://morroblivion.com/comment/89102#comment-89102

Original Ranked Dremora README:
This mod completely overhauls the Dremora in Morrowind, making them more like they are in Oblivion - that is, divided into seven ranks. I have also changed their weapons to inferior versions of the daedric ones. This makes daedric weapons a lot more scarce on Vvardenfell, as they should be. All Dremora variants have unique meshes, and the named Dremora (Krazzt, Anhaedra, Gothren's Guards etc) have all been given new meshes as well.

List of Dremora ranks and the level at which they will appear:

AllisterHenderson, it theoretically should work. 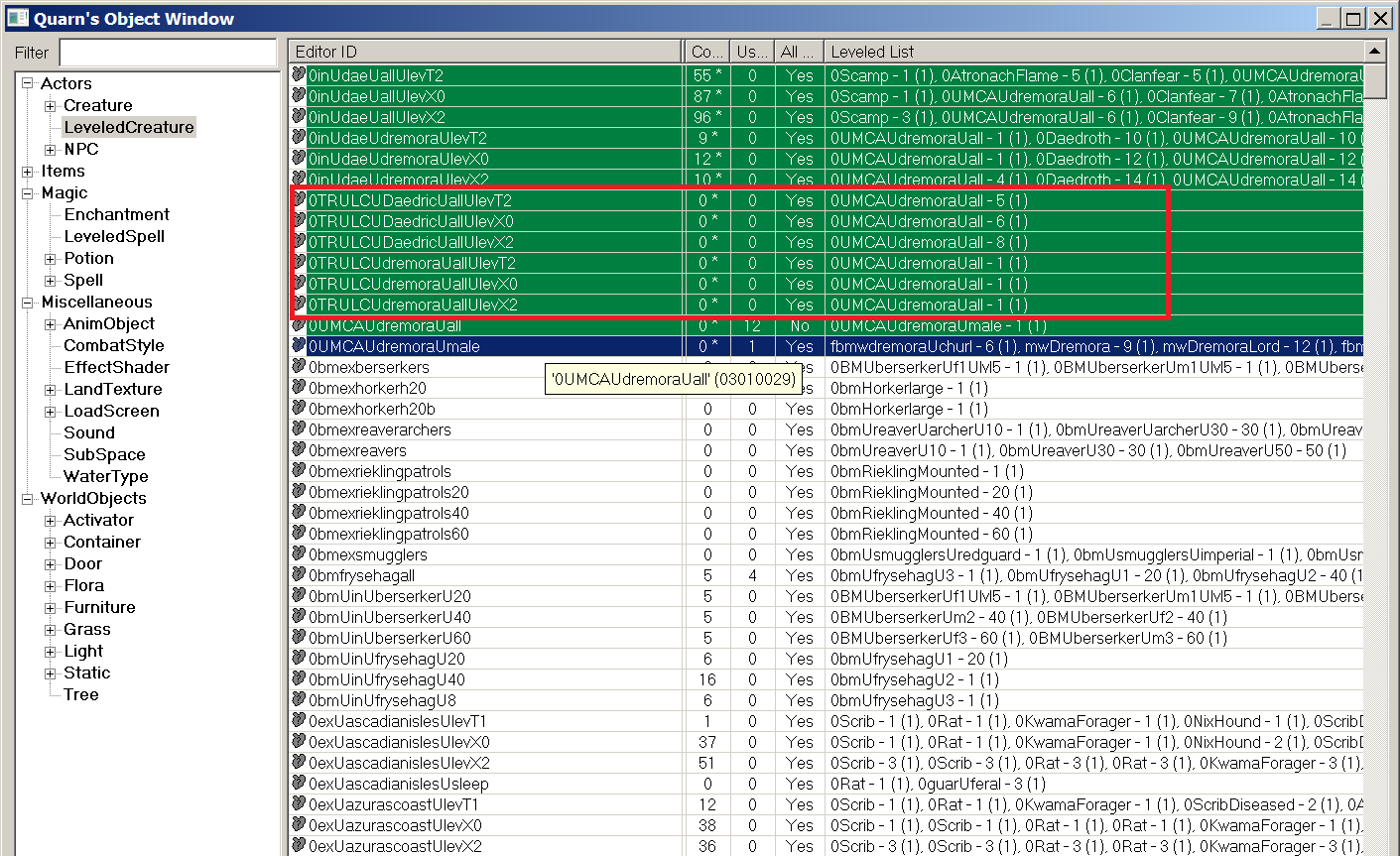 You may want to rework the weapon values. Their speed and reach is way too high, compared to Morrowind weapons as well as Oblivion weapons. The difference gets even bigger when using an overhaul such as OOO.

Please include installation instructions or some hint regarding load order. "Morrowind_Compatibility_Layer.esp" conflicts with Morroblivion map mods because of edits to the Morrowind worldspace so it needs to be loaded before the map mod.